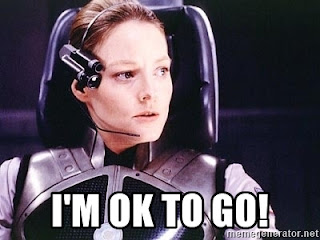 Role, tech stack, and culture. A new hire for a role must come up to speed on all three areas, and will be coming from behind on at least one. Some organizations are lucky enough to have a broadly common set of cultural or role expectations so that people can easily transfer skills from elsewhere. Some operate in a popular tech stack that many others use as well. However, no organization is completely identical to any other, and a new hire must adjust to stated and unstated requirements.

An internal hire is already familiar with two of the three areas. Consequently they can be way faster to come up to speed. They are also a known cultural quantity, since the hiring team has had a lot more opportunities to interact than any interview cycle can provide. This means internal transfers are more likely to be a net positive than external hires when they are possible. Hiring managers will prefer them, all other things being equal.

There are arguments against “allowing” “your people” to transfer to other teams, which are largely nonsense. It’s far better for the company to transfer and grow people than it is to lose them when they’re ready to move beyond their role, and very few organizations have realistic growth opportunities that involve staying in one team. Put differently, if kept in one role an individual contributor (IC) can grow to be an IC over more stuff (broad instead of deep), an IC with more influence (formal guidance role), a people lead of some sort, or a combo of those things. But not everyone can meet all of their needs without a substantive role change, and there are not enough slots to allow that many role changes. Let’s say you hire really well and grow 30% YOY. If half of your organization’s ICs feel ready to move up a notch in a year, at best you can serve half of them, and that’s if your team gets an equal share of the growth pie. Much more likely that there’s one or two growth roles per team per year and a half dozen people who should get one. If your organization doesn’t have a way for them to grow inside, maybe they’re going to go outside. If that IC moves to another team in your organization instead, you have much more potential to replace them on your schedule with a hire of your choice. Note the assumption of a backfill req; the ability to backfill hasn’t got anything to do with where the IC left to.

An internal hire is not guaranteed to be successful though, particularly when the role is more challenging or not well understood. Product management roles have a notably high level of bounce-off from internal hires in my experience.

There is also the potential that an internal candidate won’t pass the interviews. If it’s made clear how and why they didn’t pass and therefore where they might improve, they may be reenergized to serve in current role while preparing for another run at this or another new role. Without that clear feedback, the person could feel like they’re just being unfairly blocked from a hierarchy. In the absence of information many people assume the worst. They may become unmotivated or immediately move to seeking external alternatives.

Managers need to ensure the team goals are met and need to support the people who report to them in seeking their own goals. You may have wants like “minimize disruption” and “do more projects” but it’s important to note those are preference rather than requirement. As a manager participating in an internal transfer, it is important to recognize the transition promptly. Set a timeline to stopping the old work and starting the new, then honor it.